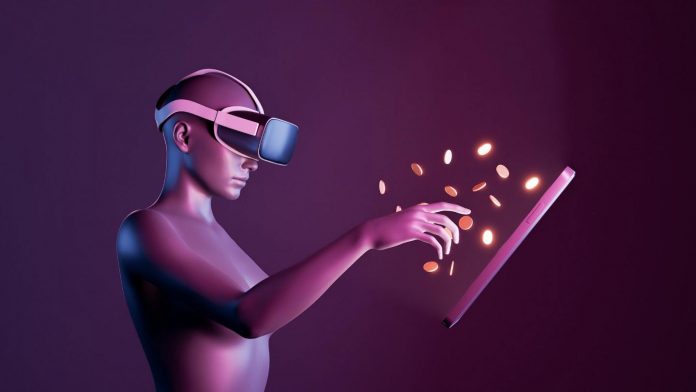 Play-to-earn games, the story of this new era in gaming, began with the advent of NFTs and blockchain technology. We all would have come across the word NFT a thousand times in recent days. It has been coined as the most searched word in the Urban dictionary for the year 2021.

2022 has been no different, but instead of people just talking about their favorite PFP projects in the NFT space, they have also begun looking out for Metaverses and P2E games. Not just people, global brands are also keenly looking into this space to leverage it for their benefit. Nike, the global sportswear brand, has purchased lands in the Metaverse to set up their virtual showroom. In addition to this, huge brands in the WEB3 space like Animoca brands are investing in ‘n’ several P2E games.

Back to where it all started

Does the word ‘CryptoKitties’ ring a bill? They are the OGs or, let’s say, the first-ever p2e game built on a blockchain. This game goes like users come collect kitties, breed them, and trade them. Each kitty will have a few unique traits, thus creating varying rarity levels. Cryptokitties blew off the steam by attracting a large audience shortly after the launch Cryptokitties crowded the Ethereum blockchain accounting for nearly 25% of the traffic on it.

Then came Axie Infinity, the name that everyone remembers when we say play-to-earn games. Axie Infinity created a revolution in the gaming industry. Documentaries are being created on how this game changed the lives of the Philippines people during the pandemic crisis. It was the beginning of the craze behind P2E games.

From entertainment to a towering economy

The industry that has been associated with entertainment is now no more just entertainment but a new economy. For years, it was always the gaming brands that made all the money. Although it was called a freemium model, gamers had to invest their time and money to experience the best of the games. But there was no answer to the question of what did the gamers get in return. Now, there is light since the development of the P2E model. Since the gamers also get to earn while playing. The P2E model is now a global business that is currently valued at over $300 billion.

Although there are countless NFT games, a few of them are still considered to be the top ones.

Axie Infinity is undoubtedly the top-post P2E game in the arena. It is an inspiration of the OG anime Pokemon. In this game, players will have to breed and collect axies, the digital pets of the game. Each axie has its weaknesses and strengths, which will be passed on to its offspring. This is a PVP battle game where gamers use their axies to battle against other players, and the winner receives Smooth Love Potion (SLP), an ERC-20 token. These axies can also be sold on secondary NFT marketplaces. It is a game where entertainment and earning are guaranteed.

The trading card game that pays to play. Unlike most of the other P2E games, Gods Unchained is a free game. This is a PVP strategy game where players have to use their cards to outsmart their opponents. Each card is a non-fungible token. And each card has its characteristics. These cards can be sold either on the in-game marketplace to earn $GODS token or on other secondary NFT games marketplaces like OpenSea.

Splinterlands is a trading card game. There are 500+ cards in the game. Each card has different characteristics associated with it. The powers integrated into the card includes flying power, healing power, attacking enemy monsters with a blast, etc. The players have to buy these cards from the in-game market or open market and strategize their game against other players to win.

Zed Run is a unique and interesting game in the P2E arena. It recreates real-world horse racing and betting for the virtual world. Users can buy horses, breed them, build stables, and groom their horses for the race. There are different types of horses that will pass on their characteristics to the next-gen horses via breeding. The graphics of this game looks cool and also provide multiple opportunities for the gamers to earn.

F1 Delta Time is a blockchain game inspired by the F1 racing game. The game is centered around two concepts- collection and competition. The players will have to collect unique F1 cars, racers, car parts, etc., and compete with fellow users. All these collectibles can be traded on secondary marketplaces.

Sorare is a digital fantasy football game exclusively for football fans around the globe. Digital cards of football players will be present in the Sorare ecosystem for users to buy. The users can collect the trading cards of their favorite players and create a team using them. They will be able to enroll these teams for tournaments based on real-life soccer tournaments. The better the player performs in the real-life soccer game, the user gets to win more points. Let’s say a user has a digital card of Ronaldo, and Ronaldo performs great in the tournament, then the user gets more points. These digital cards can also be traded on the secondary market. The value of these cards is determined based on the skills of the player.

The year 2021 was the year of NFTs. There has been a lot of expectations for 2022. NFTs have evolved from just PFP projects to utility-backed projects, P2E games, and Metaverses. NFT games being one of the most potentials of these, here are a few upcoming games to watch out for.

Jump.trade, a GuardianLink brand, has built the world’s first cricket NFT game. The NFT drop for this game is to be launched in a few weeks. The timer for the drop has already begun, and people are signing up for this game. The hype around this game is huge right now as it is the first and only cricket P2E game NFT drop. The developers have not yet disclosed what we can expect from the drop; however, their roadmap seems so promising. They even have plans to create a metaverse for the cricketing community.

A lot is to be expected from the P2E games in the future. If you are a game enthusiast or even someone who is just looking to create a secondary revenue stream, P2E games are the best option. Go ahead and explore this space and start making revenue out of it. Good Luck!