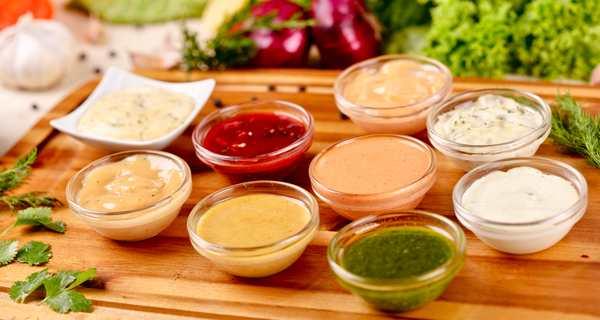 No matter which region of the world you live in, you must have some traditional sauces that are most commonly used. These sauces can reflect the taste of a specific region. But many sauces have earned a great reputation all across the globe.

Among these, some sauces are specific for certain dishes, but can be served with almost every meal and can be added to it to change its taste. No one can deny the taste and transformation that a good sauce can bring to your meal. As a matter of fact, certain fast foods are just famous due to the sauces they are served with.

You can buy sauces from any store, but if you want to make it by yourself then this is also an easy task. Following are the recipes of some sauces that can transform any type of meal, no matter whether it is fast food or some traditional meal.

First of all, you have to take ripped tomatoes and rinse them off with fresh water. Then cut them into halves. If you don’t like seeds then remove them by squeezing the half pieces otherwise, let them as it is. After that, you can steam them up to remove their peels. And then make a pulp of these tomatoes. Put it in a saucepan and start cooking it on low heat.

Then add salt, vinegar, and basil leaves. You can also add some chili and garlic for taste if you like it. Make it to boil, and then cook at low flame. Cook it till it remains half, taste it, and adjust salt to make it perfect. You can keep it for 5 days in the fridge or simply freeze it for long-term use.

Served with different types of seafood and used as a marinade for a number of dishes, oyster sauce is one of the world’s favorite. It is easy to cook at home. Take some oysters and open them to get the flash out of the shells. You can also preserve the water present in them. After that, wash them properly and then add them into a processor and chop them completely. Make sure that they have turned into a fine paste.

Then add it into a saucepan and start cooking it. Cover the saucepan and steam it for 8 to 15 minutes. After that bring it off to the stove and use a sieve to drain the mixture out of it. Add salt and sugar for the taste as well.

After that add 2 spoons of soya sauce per cup of the mixture and then cook it again. At the end add some more soya sauce and then give it a boil at high flame followed by simmering for ten minutes. Then cool it and store it in a jar and keep it in the fridge.

Here comes the bbq sauce that is a real delight for all barbeque lovers. There are various types of the barbeque sauce that can add more delight to your bbq party and can be served as a dipping sauce along with acting as a marinade. But here you will know about the easiest and simplest form of bbq sauce.

Take brown sugar, tomato ketchup, vinegar water, smoked paprika, mustard paste, salt pepper, and hot pepper. Add all these things to a blender or mixer to combine them and make a smooth paste. Water should also be added to it.

If you don’t want to struggle or have a short time, then this sauce is ready. But you can further cook it to enhance its taste. Cook it to make it stickier and you can observe the difference in taste between these two. This hot and sweet, traditional bbq sauce is going to delight your meal.

There you have it! These are the recipes, try cooking them at home and get into a new world of matchless tastes.