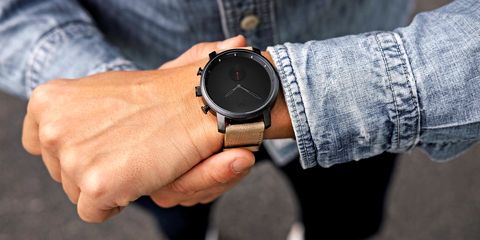 Many luxury timepieces are made in Switzerland, labeled the “watch capital of the world” by many. The origins of this trend are complicated, but all you need to know is that the Swiss have refined the art of watchmaking. However, don’t dismiss Japanese timepieces just yet. The most well-known is Japan, which manufactures the majority of quartz watches and also produces great automatic watches at reasonable prices. For these reasons, looking into Japanese timepieces is worthwhile.

In 2018, Japan produced 63.9 million watches for both domestic and international markets, according to the Japan Clock & Watch Association. Japan is a global horology hotspot and well-known “Made in Japan” brand. Japan has probably had a lot greater impact on watchmaking than you realize – and not all of it for the better. You may credit Japan, and notably Seiko during the 1970s Quartz crisis.

Seiko has a long history of dominating Japan’s watchmaking culture, having been founded in 1881 as a jewelry shop and subsequently as a watchmaker in 1892. The company is known for producing the first Japanese wristwatch, dive watch, and chronograph, and the world’s first quartz watch, the Astron. Seiko watches are favored by legions of watch enthusiasts all around the world.

Seiko created the first quartz watches and continues to produce some of the best value-for-money timepieces available. All of Seiko’s timepieces, whether quartz or mechanical, are created in-house because the company owns a lot of watchmaking equipment.

In 1960, Seiko launched Grand Seiko, a subsidiary brand that employs master watchmakers and other craftspeople to create beautiful timepieces. Grand Seiko watches are now widely regarded as some of the best luxury timepieces available, owing to their superb craftsmanship, impressive movements, and enticing designs.

Grand Seiko used to be a part of Seiko, but in recent years they’ve become more independent, offering a wider choice of diving watches in addition to the classics. This is real watchmaking; it’s still a terrific deal, but it’s 20 times the price of most Seikos. And it’s obvious,  the brand is home to some of the watchmaker’s greatest mechanical marvels.

Citizen’s history dates back to 1918, and it continues to be the world’s premier watch and movement manufacturer. Citizen’s 1976 invention of the world’s first light-powered analog quartz watch. Citizen Is most known for its Eco-drive, which is essentially a solar-powered quartz watch that never runs out of battery. They also have a thing for satellite timepieces, like my own Red Arrows World Time Chronograph, which automatically adjusts to your time zone. The Eco-Drive Caliber 0100, according to Citizen, is the most accurate watch ever built.

Casio began its origins as a calculator manufacturer, but in the 1970s, the Japanese business expanded into watchmaking with the release of the Casiotron electric timepiece. This opened the way for the company’s hugely popular calculator watches, which dominated pop culture in the 1980s. The super-tough G-Shock, which has subsequently grown into Casio’s most successful line of watch models, was also introduced in the 1980s.

The Aviator-Look Bracelet Watch, which is a superb offering from the label. The wristwatch, which has a stainless steel case and band, is traditional in style. Although the appearance is sleek and stunning, it is the functionality of this timepiece that truly impresses. This watch is worth your money because it is water-resistant to 100 meters, has a 1/20-second chronograph function, and has a slide-rotating inner bezel that enables exact measurements and computations like time, speed, and fuel consumption.

The origins of the Japanese watch business may be traced back to the mid-16th century. The earliest mechanical clock in Japan is thought to have been given to feudal lord Yoshitaka logo2Ohuchi of Suo — the former name for what is now Yamaguchi Prefecture — by Spanish missionary Francisco de Xavier in 1551. A Christian ministry from Japan paid a visit to Pope. Toyotomi Hideyoshi was given a clock by Rome, who went home with it. Other mechanical timepieces soon followed.  The oldest clock remaining in existence was given to Shogun Tokugawa Ieyasu by Spain and is presently housed at the Toshogu Shrine on Mt. Kuno in Shizuoka Prefecture.

According to records, Tokuzaburo Ohno, Norichika Ohno’s leading apprentice, created the movement and case for a pocket watch by hand in 1879. The Osaka Tokei Manufacturing Company was founded in 1894. In 1949, three hands were used for the first time in a men’s wristwatch in Japan. In 1952, date calendar watches were introduced, followed by self-winding clocks in 1955, and eventually seismic-resistance watches in 1956. The horological industry saw a dramatic technological revolution as output increased. Instead of springs and pendulums, electronics arrived on the scene, driven by batteries. After a brief period of interest in vibrating tuning forks and electro-magnetic balances, the world’s first quartz clocks, and timepieces,  both labeled “Made in Japan” were introduced in 1967 and 1969, respectively. Quartz watches did not need to be wound and were far more accurate.

Given the fact that the Swiss are regarded for being the pioneers of watchmaking, several of the top Swiss brands appear to be on the decline in terms of quality and reliability. The Japanese, on the other hand, are always innovating and enhancing their trade. When we look at things at a higher level, Japanese watches have the upper hand in terms of quality control. Almost all of its components are manufactured in-house, including grease, lubricating oils, and illuminating paint. This offers them complete control over the uniformity and quality of their product.

The truth is that Japan has already advanced to high-end and master watchmaking, producing the finest contemporary timepieces that are well worth the investment.  Many other companies, especially the Swiss, began to catch up and adapt the technology for their products after the Seiko Astron was first introduced. When we compare a Japanese watch with a Swiss watch at the same price range and complexity offered, we can determine which watch is more valuable.

What to Consider When Buying Your First Luxury Watch?

Points to Pick Wholesale Shoes UK within the Budget!

How to style your smock dresses this summer?